The Early Days of CrossFit 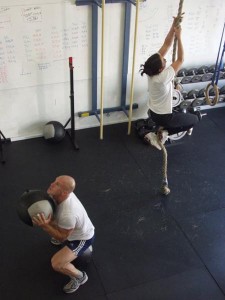 For Greg Amundson, CrossFit is more than a physical fitness program: Fitness is a Way of Life. Greg has been training and coaching CrossFit for nearly 22 years. [video]

Greg started his CrossFit training in December 2001 at the original CrossFit Headquarters gym in Santa Cruz, California. As one of the founding athletes at the worlds first CrossFit gym, Greg was coached and mentored by CrossFit Founder “Coach” Greg Glassman for eight years.

Greg assisted “Coach” Glassman on the training staff of the very first CrossFit Level 1 Seminars. With the launch of the CrossFit Headquarters (AKA CrossFit.com) website and CrossFit Journal, Greg was instrumental in providing the photograph and video content that has been viewed by millions of people from around the world. Much of the early video footage of Greg’s workouts and technique demonstrations, including the first CrossFit DVD called “Try This At Home” have been credited with inspiring the current generation of CrossFit Athletes to begin their CrossFit training. In many respects, without Greg Amundson, CrossFit would not be the program that it has become today. 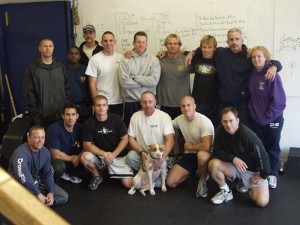 Greg has been referred to by his peers as an “Ambassador of CrossFit” and the “Original CrossFit Firebreather.” Greg has traveled around the United States and World teaching the movements, theory and practical application of CrossFit, Goal Setting and the combative system Krav Maga for over 20. Greg’s contributions in developing the CrossFit brand and lifestyle have been chronicled in the bestselling books Inside The Box and Learning To Breathe Fire.

In 2007, Greg was gifted ownership of the original CrossFit gym in Santa Cruz directly from “Coach” Glassman.  Due to Greg’s work demands as an Agent with the Drug Enforcement Administration (DEA) and his relocation from Santa Cruz to the Southwest Border of Imperial Valley, in 2009 Greg transferred ownership of CrossFit Santa Cruz into the capable hands of current owners Hollis and Daniele Malloy.

When Greg first arrived into the Imperial Valley, he worked out in his small garage gym. However, within a few months, brave co-workers and friends Greg met at the Navy Base swimming pool, Brazilian Jiu-Jitsu and boxing classes started to ask questions and inquire about learning CrossFit. Before long, CrossFit Amundson Imperial Valley was born.

For Greg and his former wife Mallee, this was their dream come true: The heart and soul of friendship, service and giving back to those who wanted to learn. It was CrossFit at it’s purest. Over the course of just three years, CrossFit Amundson grew the 400 square foot garage gym into a thriving 14,000 square foot premiere training facility. For great history on the birth of CrossFit Amundson in the Imperial Valley, we recommend reading Greg Amundson’s CrossFit Journal Article called, “How To Grow A SuccessFul Garage Gym.” In January 2012, Greg permanently relocated to Santa Cruz to work for CrossFit In., as the Law Enforcement Liaison and re-open CrossFit Amundson in his beloved Santa Cruz County. 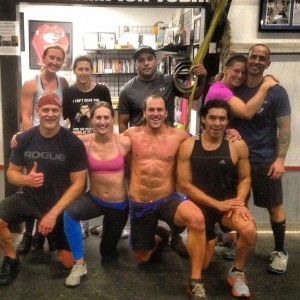 In 2021, after 10 years of leading the team at CrossFit Amundson Santa Cruz, Greg returned to Federal Law Enforcement. Today, Peter and Kim Hansen (longtime friends of Greg!) own and operate CrossFit Amundson in Santa Cruz (Pleasure Point) with a hand-picked Team of Trainers. Peter serves in Santa Cruz as a Deputy Sheriff and Kim is a longtime coach at the gym and the founder of our highly regarded teenager program.

CrossFit Amundson Santa Cruz is located less than one mile from the original CrossFit Headquarters facility, 800 meters from one of the most legendary surf breaks in the World, and next door to the best locally owned coffee shop in Santa Cruz. Our famous “Big Loop” takes Athletes on a breathtaking run across East Cliff Drive with view of Monterey Bay and Carmel. 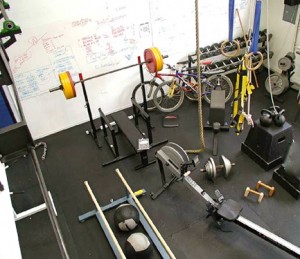